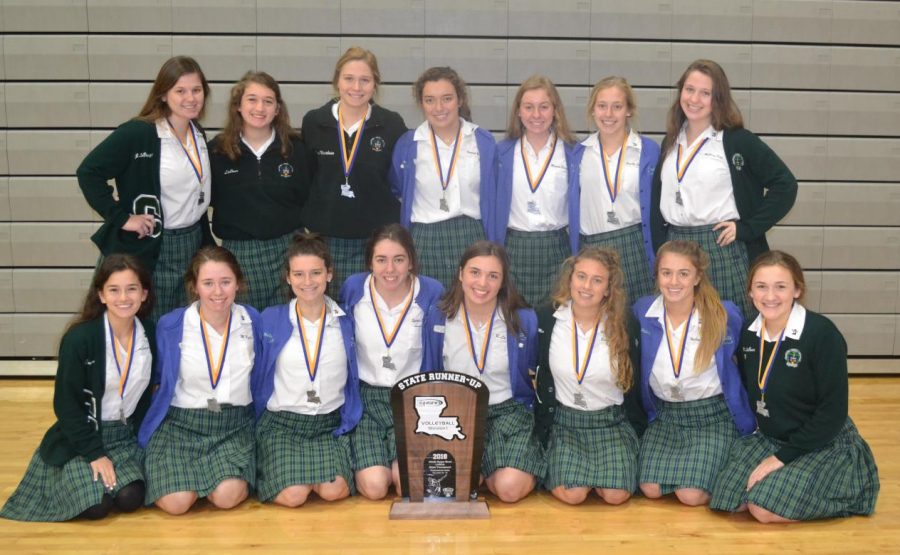 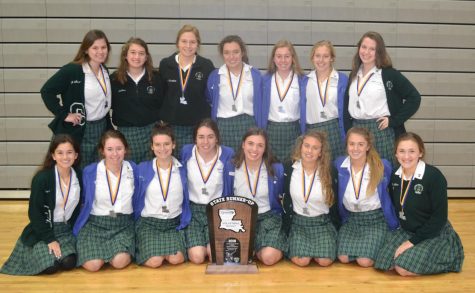 The 2018 volleyball season was one to remember! The hitters were hitting, the setters were setting, the passers were passing, but most importantly, the team’s determination and hard work won Chapelle the Division I State Runner-Up title!

The Chapelle varsity volleyball team was determined to win from the beginning. They won a total of 33 games, fighting their way to the top and winning most of the games in three. The varsity’s toughest competitor was Mount Carmel. Both teams went head to head all the way to the State Championship and enjoyed every minute of their last games. The Volley Chips fought tooth and nail to make it to quarterfinals and when they got there, crushed St. Amant to score a ticket to the semi-finals. In the semi-finals, the Chipmunks lost their first game against Dutchtown, but they came back by scraping the edge in the second and third games and annihilating them in the fourth. After 23 years of Chapelle not making it to the State Championship, the girls played Mount Carmel for the title. Even though Chapelle didn’t win, no one could tell by the way they acted. The girls stormed the court and tackled their teammates, celebrating the trip to State and the hard work it took to get there. Although they didn’t take first place, the Chapelle varsity team made history by being in the finals, and they showed what it means to be true underdogs.